update 10th Sep: I was able to cast my vote on the final day, thanks to local party email :) Waiting to hear who won

For an electoral-reform party, they are disappointing at running innovative elections

Over the years, I’ve popped in-and-out of the Lib Dem party, as they align on a couple of my short list of political interests, primarily Electoral (& Lords) Reform.

Now the local parties is choosing its candidate to take on the Tories, and it’s the first-time I’ve ever been given a party-vote.
The experience is telling for the sub-par state of UK politics which I speak to in my latest satirical YT video Boris: ‘Become an MP’

The actual ballot-marking is digital - and my phone-number was used & abused by all candidate’s teams - and yet they insist on me waiting for a piece of paper to log on:

“I will not be worrying about people not having received their postal voting letter until Friday next week. The emails with voting link won’t all be sent until Thursday but your letter should arrive by then too.”

When I followed up with him that it hadn’t and suggested allowing an online vote instead, I got a ‘Computer Says No’ and a:

“unless Royal Mail strike has affected your postal ballot mailed by the Local Party or you’ve moved from (SO address), you ought to have received all the info you need by post.”

Plus I still haven’t heard back from head-office about getting vote info by email in future.

In future let’s pick a path here:
a) abandon the paper entirely like Estonia for the past 15 years, which I suggest would only be a good idea if ran by a quango at national-level with huge funding
or b) as it’s a local affair, man a single local polling station - y’know cos it’s a local election, there’s no need to make voting remote, let alone the hustings which were a Zoom snooze - with postal votes optional.

This hybrid fudge is a failure, and a missed opportunity to promote local community post-pandemic, as evidenced by the fact I am having to pen this blogpost.

Seeing as I can’t vote for them, I’ll make my intended preferences, for what they are worth, known here:

I would have marked the digital-ballot: 1 Geoff Cooper, 2 Thomas Gravatt. Based on: 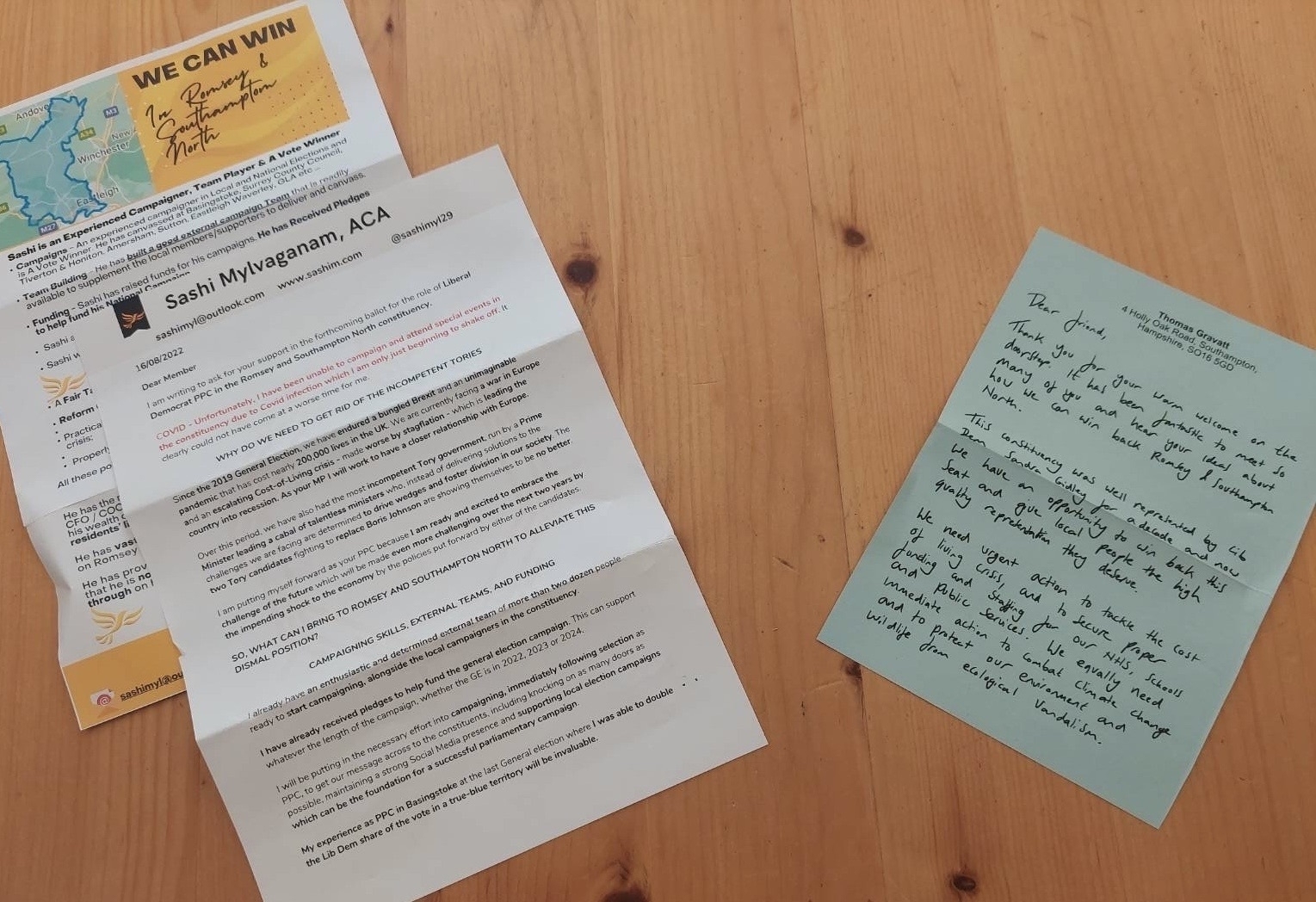 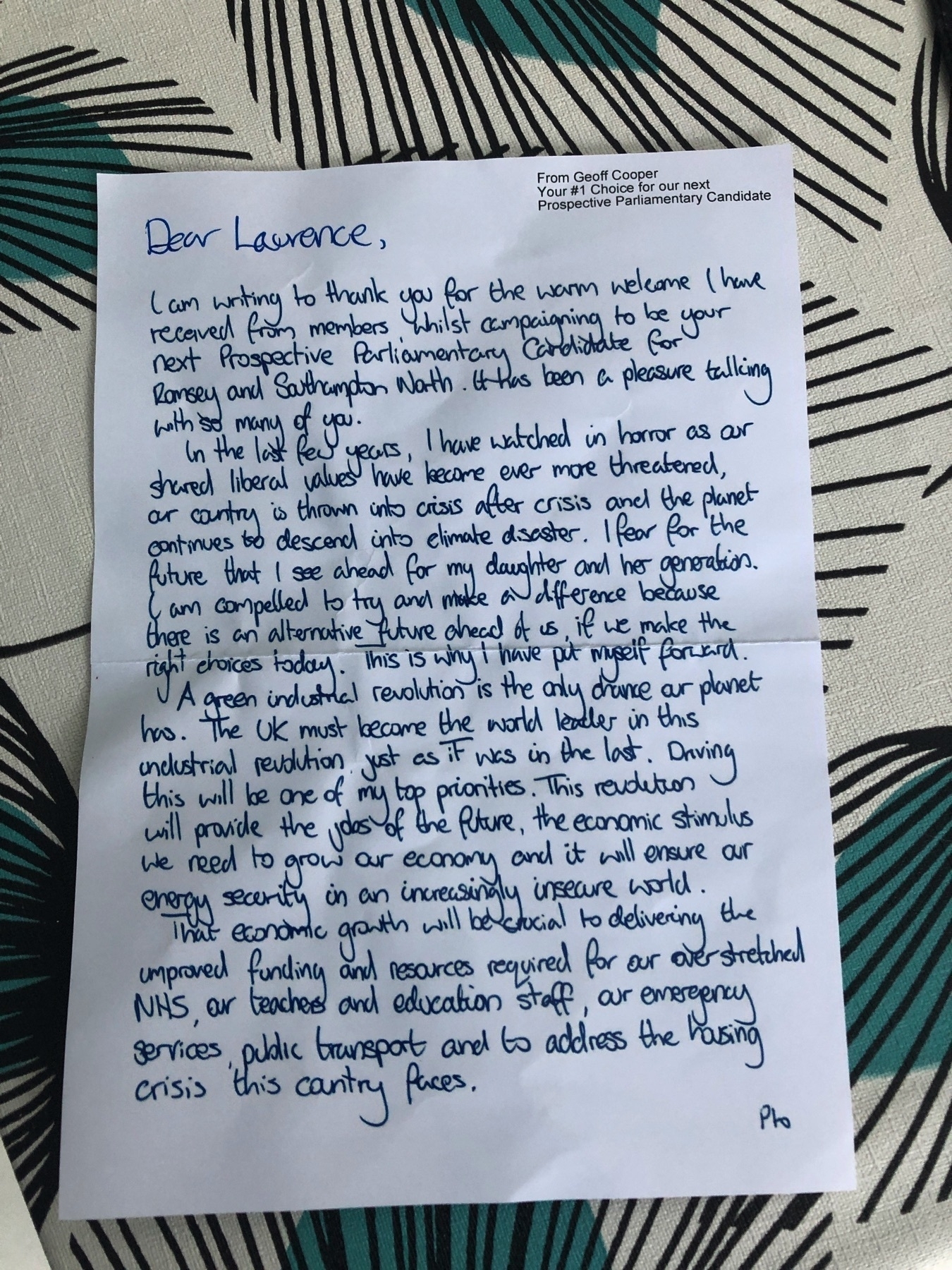 The Thick of it 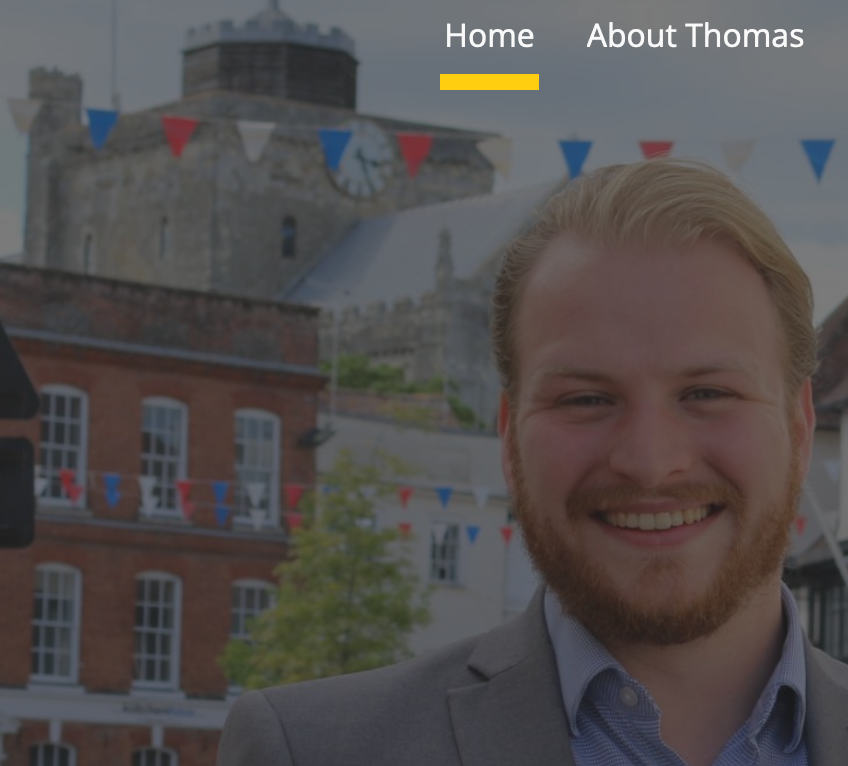 The irony of it all is that I probably won’t be able to vote the winner to parliament anyway, as my family-address is set to rejoin the Eastleigh constituency (as I mentioned performing at Valley Park Life fest).
Apparently the Lib Dem I’ll be asked to get behind is Liz Jarvis. Liz Jarvis. No me neither (even Cooper barely had!).
Quick internet search: fairly normie career - useful press experience - became councillor 2 months ago after no-hoping in Southampton Itchen, now the PPC of an important marginal-seat with no record of any competition, nor any noise at the time: the only time I’ve heard the phrase ‘Liz for Leader’ recently is that bloody racket of a Tory party internal selection which is mercifully about to end tomorrow too!
If Jarvis wants to stand a chance at overturning a 25 percentage-point lead, let’s hope her team are as effective at reaching out to local Eastleigh town noisemakers as Geoff’s were.
She’s interested in cost-of-living too, so perhaps one of her team will search ‘Eastleigh shopping’ into YouTube at some point…