Rick Rolling with the times:

Like Kate Bush’s “Running up that Hill”, this song’s always been on front-wave of tech in music, so what can today learn? Hirway spoke with with Rick to find out. 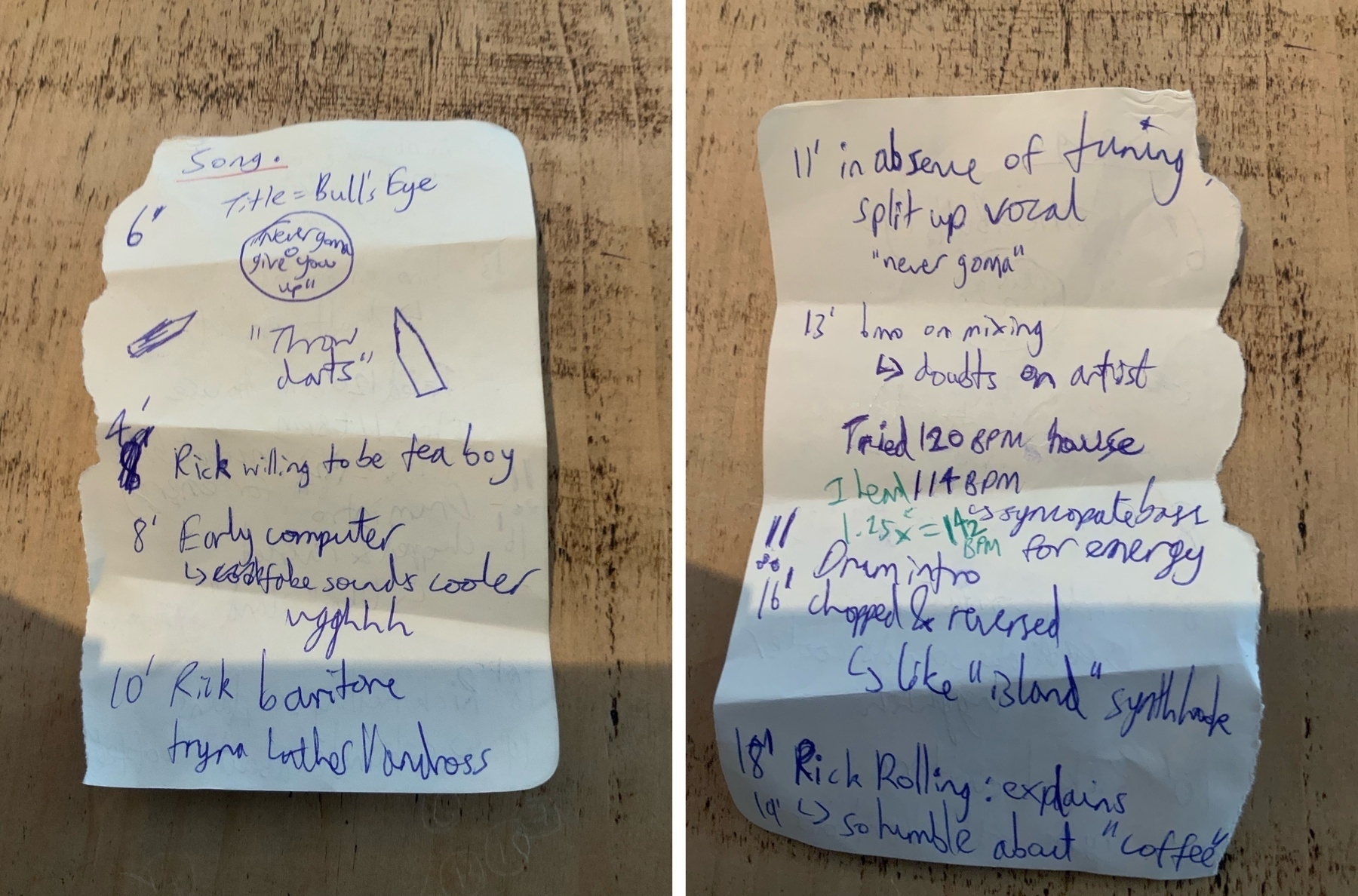 11’ then: lots of v. short takes spliced together.
Now: long takes tuned. Is former really more authentic? Hear end of Jas pod for more on this re. “Tip of my Tongue“

Then: sign artist from live show and have him serve tea (4’) for months til he can have a go, and then only back him when office peers heard playing.
Now: scour streaming/social micro-risk takers. Shame MAS Records unfunded, cos it was the one way artist’s got served tea. Now industry got them making it again.

Then: only make a music vid once gone number 1
Now: slam 7 TikToks out with viral hashtags in hope of getting a billion views on your music vid like Rick. Hey I guess sometimes playing it cool is the best way.