See the podcast mic that’s propping up the artwork in the thumbnail for my album-launch interview video? I use this Tula mic cos it sounds much better than the iPhone X camera’s built-in mic, especially for the audio-only podcast version @Jasraj put out.

However, it records audio at a different speed due to different frame-rate. Here’s them synced in 1st minute:

But by the middle they are different. I’ve marked the same audio-spike on cam then mic: 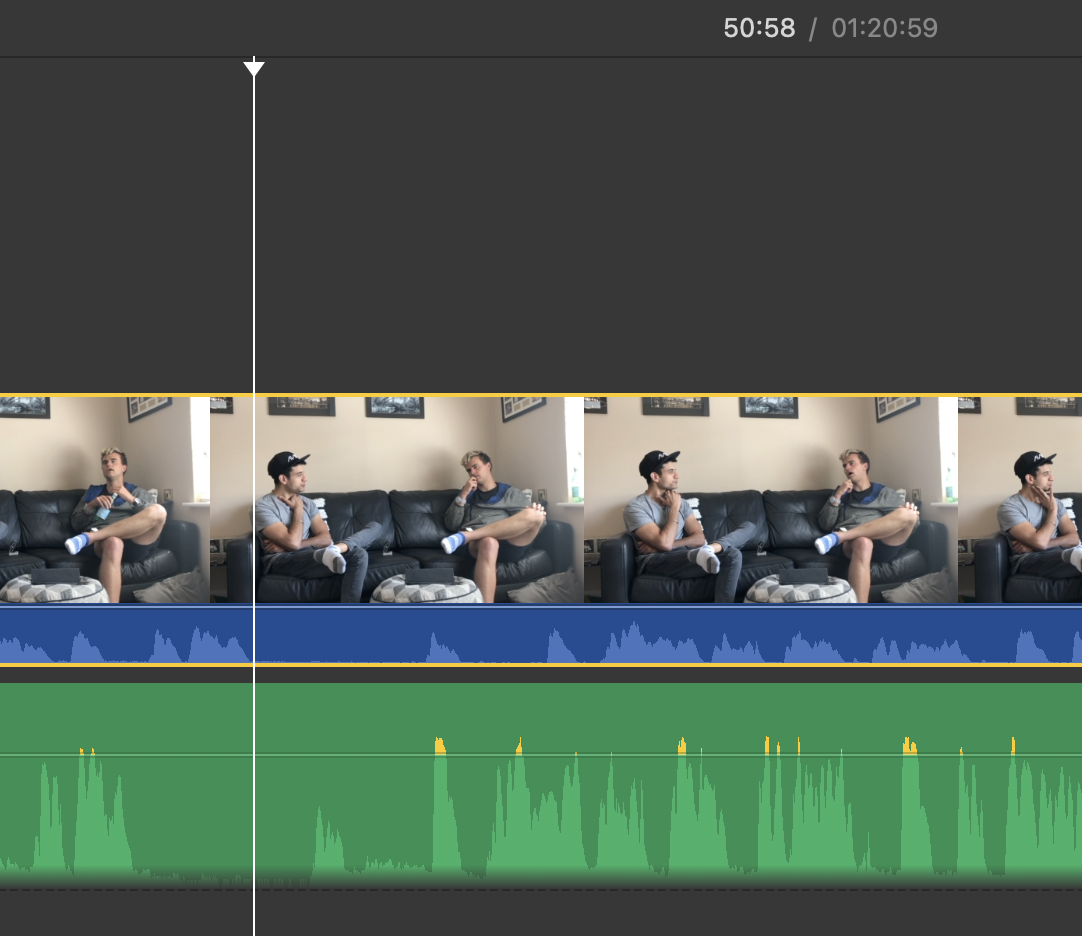 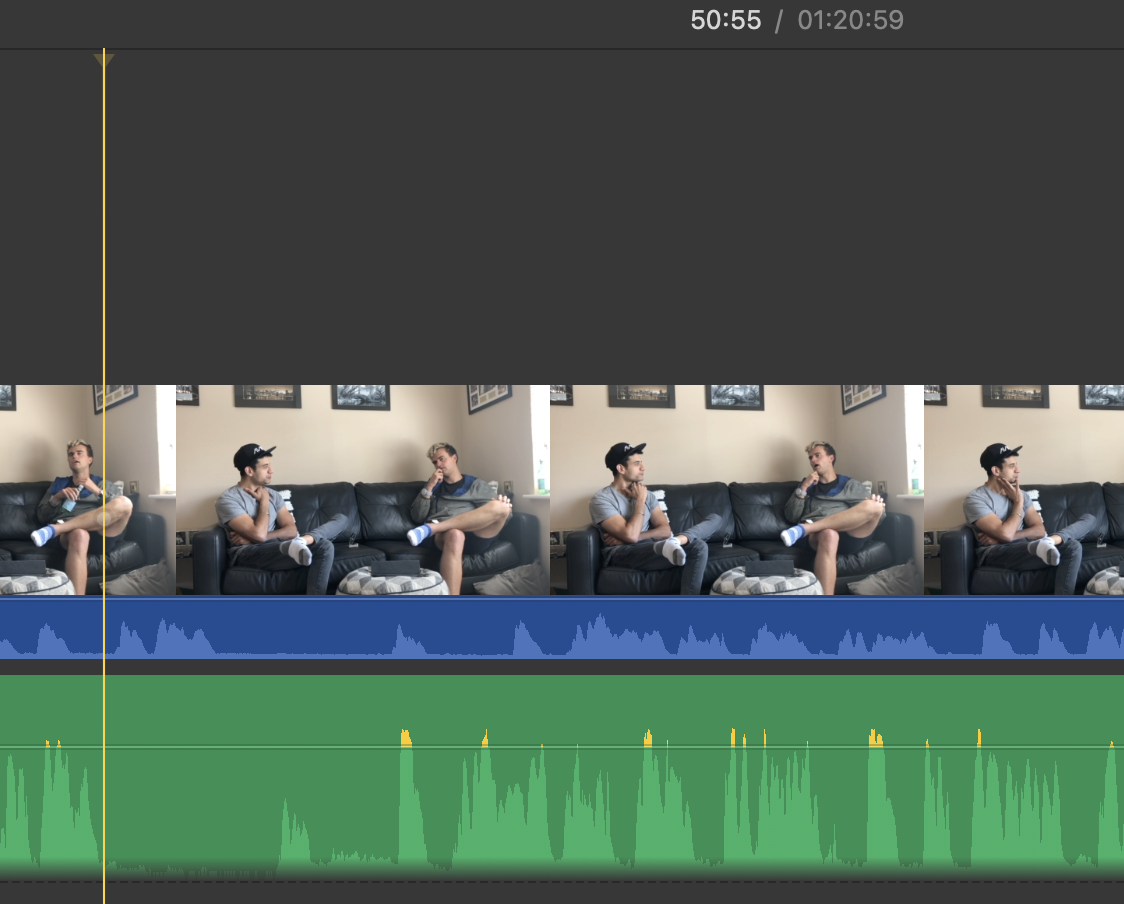 It’s a few seconds / hour slower (in the region of 0.1%). This poster presents a direct technical fix:

But here’s my easy fix: how-to solve it by retiming clips. You could presumably do similar manual-fix in any NLE incl. Final Cut, Premiere Pro & DaVinci Resolve, but here’s how-to:

0) Make sure they start at same point, then put mic-audio in it’s own separate audio section down bottom, unattached to video (always a good idea if don’t want to mix up)

1) Mute slower channel (video for me) and listen for final audio on faster channel (mic for me). Super-zoom in to get precise. Put a marker on slow channel. For us this happened at the post-record bro-hug (which you hear about at the end of the!)

2) Cmd-R on slow-clip for Speed Editor. Drag to speed-up clip until Marker snaps with end of fast-clip 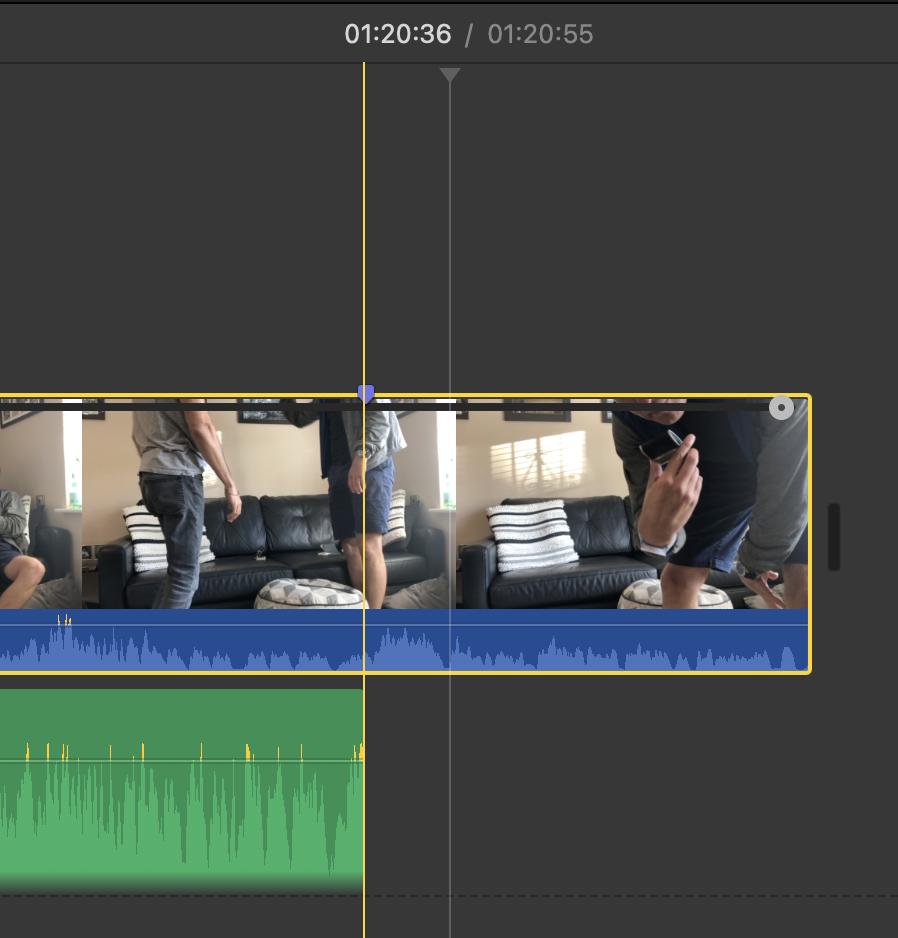 3) And voila, everything before is magically synced up, e.g. the mid-point before which was off: 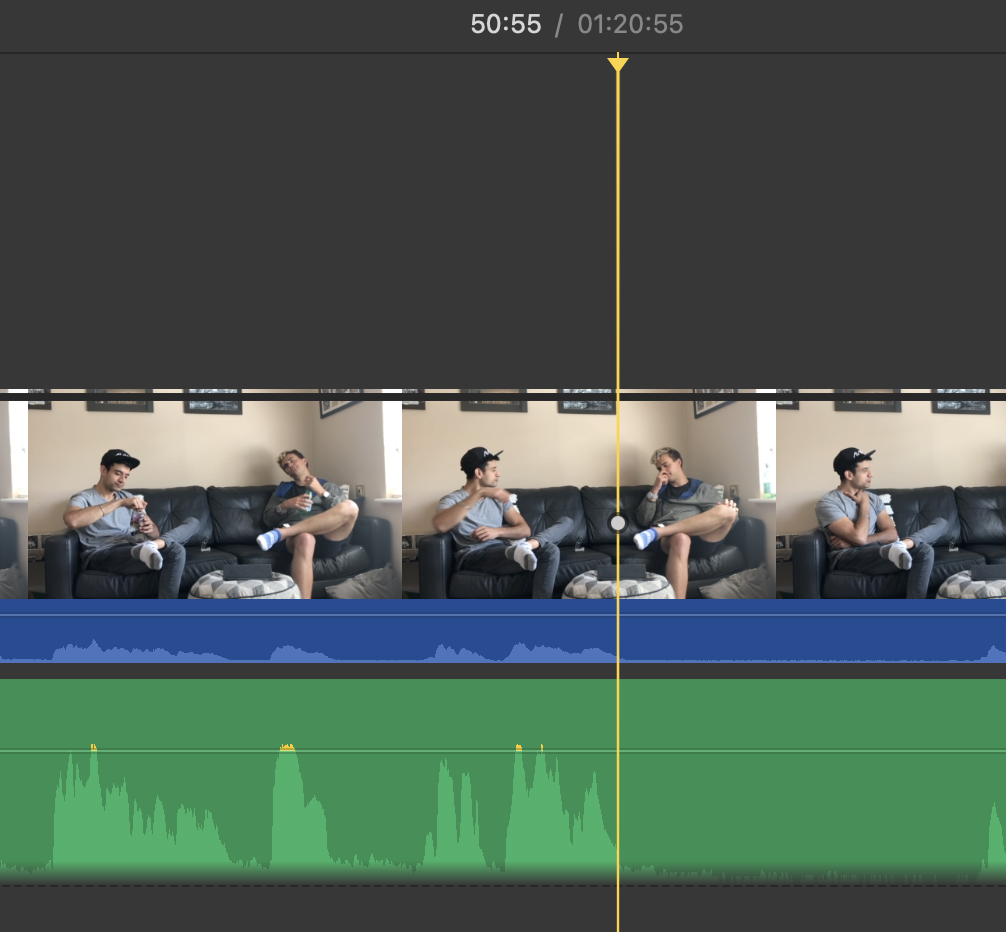