My brother Ben has unfortunately been on both ends of this in the past week.

A couple of his kind friends alerted him they’d received messages from a Catfish ‘Ben’ who copied his current Facebook profile photo:

Apart from the fact it only used first-name (I believe it should show full-name) this seems fairly sophisticated, because the message hits lots of identity groups hoping for a match on a shared interest. Incidentally, Ben’s friend noticed the mention of people with disabilities, which gives this incident a sinister air.

His first assumption was that his FB password had been hacked. But when I looked at his messages I noticed he’d also been on the receiving end of similar behaviour:

He’d accepted a friend request purporting to be a decent irl acquaintance. Then received these on Messenger: 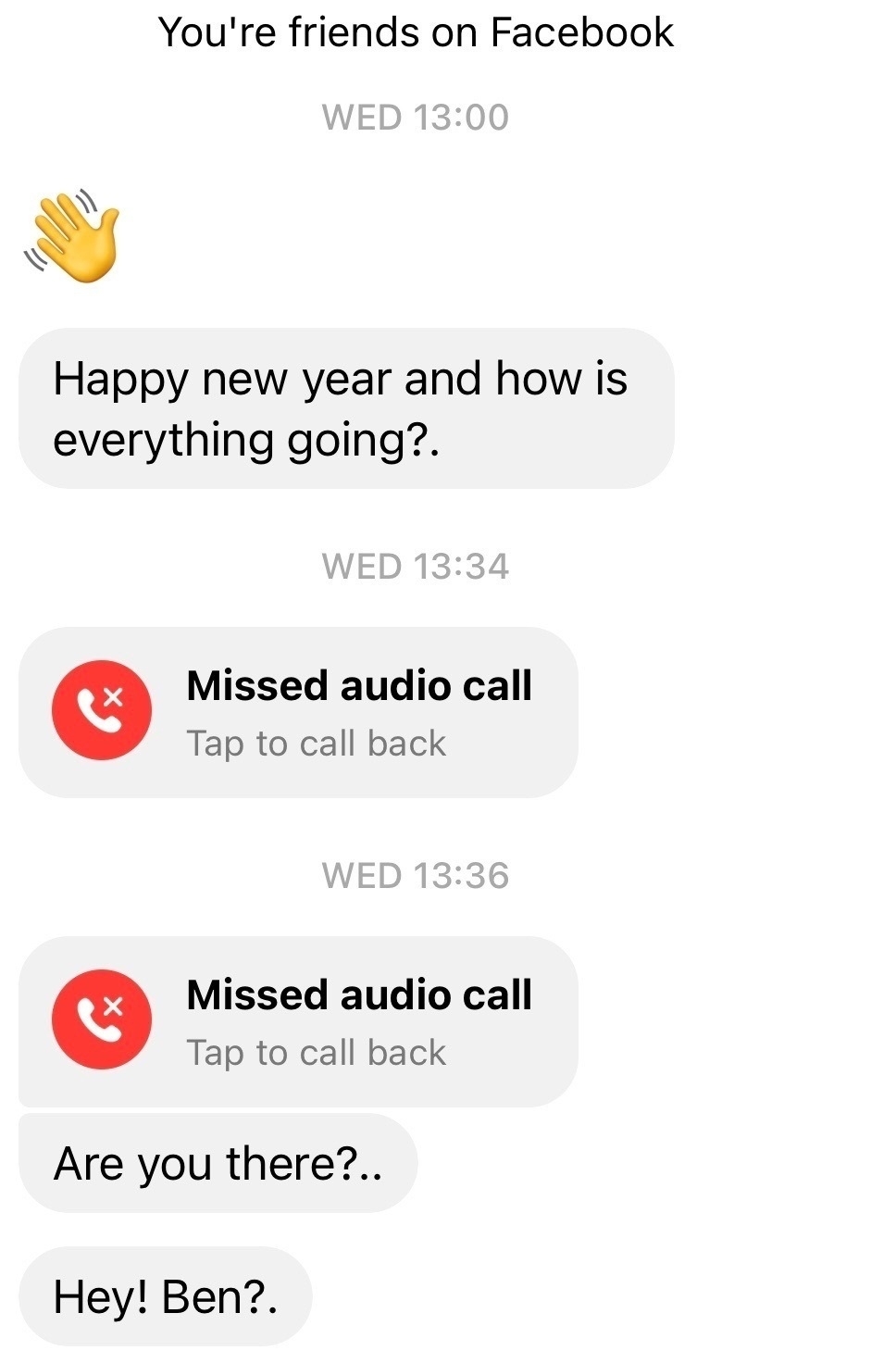 Anyway they are blocked & reported:

If anyone else receives messages from Ben - or anyone else - we’d encourage you to do the same please.

A new WORD to describe this new type of phishing which is more personal than just a blanket email. The scammers have clearly been watching MTV.

Yet another FB security issue

The design weakness exploited here is the semi-detachment of Messenger from the core Facebook app a few years ago, when they started to poo their pants about a mass exodus from their core app (a fear which has been fully realised by an unethical corporate rebrand). Because they’re in separate apps, it’s not natural to quickly check the profile of the person.

Users have given so much data to FB, and yet they are more interested in using it to build ad targeting profiles, than bolstering security - e.g. by disallowing / human reviewing copycat account creation (simple photo & name match scan).

Moreover, their data security is about as tight as Zuck is with “uardo” since that laptop smash-up: family members whose phone numbers were breached in April 2021 still haven’t been notified by the shapeshifting company.

I’d encourage others to consider the ever-growing list of reasons NOT to make Facebook your ‘home’ online where friends look for a definitive point of truth. Even ‘Mr. Facebook’ himself Ben Warner got me to make him a personal website for that purpose.