‘crypto gratia crypt’ is my Latin motto for cryptocurrency speculators.
Where ‘ars gratia artis’ meant art for art’s sake, it means:
“Crypto for the sake of burial”, burial as in:
a) hoarding
b) human climate extinction which this accelerates

Firstly, let me declare relative ignorance on the topic of cryptocurrency. Since I discovered it doing my Master’s in Computation, I made a conscious effort to ignore it, explained by the ‘burial’ observations, which I’ll go into in more detail now:

I was researching for my ‘(temperature’s getting) high school musical’ Snowflakes in SoCal!, for which I’d concocted a wicked liberal-satire plot in which enviro-influencers were unwittingly causing accelerated climate change by the VR they used to disseminate their message. I asked VR expert Prof Marc Downie at UChicago for advice on making this ‘outlandish’ idea realistic - maybe the cloud-computing on high-fidelity VR is exorbitant - and to my surprise, he straight-facedly said something to the effect of:

As I discussed in the pre-pandemic Kickstarter launch (a platform I won’t be using since they’ve joined the crypt..) video, BTC already had a larger carbon-footprint than Vegas, and it’s only skyrocketed with the price since.

I was in California with a friend who’d ran a ‘signal service’: he sent out a Telegram to the group every time he’d make a trade and they’d follow suit, to try to manipulate the market. Clearly they are primarily speculating to hoard, with no concrete view of useful blockchain use-cases which cryptocurrency might enable. This is why the Vegas fact is so shocking: the Bitcoin speculative market is like a poorly ventilated casino… with no free drinks.

As someone who struggled with online gambling as a teenager, I knew the bitcoin casino wasn’t for me. The neural cost is simply too high. Show me a crypto speculator who doesn’t check the price on their smartphone on a daily basis. I know at least 6, including one who took out a loan of £16k before a BTC dip forcing them to sell their BMW. I’ll stick to my Skoda thanks.

I did briefly flirt with ‘shorting’ Bitcoin, by placing bets against the price, because I believe the only way is down as governments either ban it, or adopt GovCoins (perhaps based on more efficient alt-coins). However, eToro take margins on these & as far as I’m aware it’s not yet possible to lock in these bets for over a year to avoid the neural cost of day-to-day price-gambling.

Hence, I like to say I’m ‘shorting’ the entire crypto speculation market, by placing a bet that keeping my (next to zero) assets in Fiat won’t lead me to end up in ‘Unbanked poverty’ as Dusty’s family find themselves in ‘Snowflakes’, and I’ll enjoy this decade gambling-free.

I was lucky enough to spend a semester taught closely by Cory Doctorow , an advocate of ‘crypto’, when that simply meant the mathematics of encryption - essentially based on the fact that when you times two prime numbers together, it’s almost impossible to figure out what those numbers were in retrospect (a little bit like trying to get bread from toast). The use case he has consistently been excited in is communication encryption to avoid government surveillance: as near-perfected in non-profit form by Signal (so successful even Zuck uses it).

But what about ‘Blockchain’ itself? I don’t fully understand its inner workings, but I gleaned it’s USPs:

Ironically, the encryption technology seemed to be able to provide a publicly auditable (audible?) system.

I briefly tried buying $10 of Civil, an attempt at democratising online journalism, but was never charged when the ICO failed.

I became aware of NFTs, and the concept was an elegant extension of the transparency value: declare to the world where ownership of a (digital, because physical is self-evident) asset.

Unfortunately, this was potentially even more energy intensive. Plus, transactions had to take place in cryptocurrency, necessitating an initial crypto buy.

I’d asked Cory whether cryptocurrency was a useful innovation, and he responded along the lines of:

no, because of the danger of a 51% attack

So I asked my buddy if any of the major coins avoid that, and he assured me Ethereum did. I also read it was more efficiently designed, so energy use was about a tenth of Bitcoin’s. So I was to buy Ethereum.

Another risk point: how to buy. My friend Calvin worked at Binance (10% off) in Tokyo and backed them, so I made an account and bought the minimum amount ($15) of Ethereum.

Now to experiment with an actual useful blockchain, and not bury the world:

The international Domain Name System (DNS) is inefficient. The whole point of domain names is a consistent familiar place for users to find you online. It has lifetime value, and is rarely something you’d want to give up on a yearly basis, and if you do it should probably go to someone who holds it at greater lifetime value - not a speculative hoarder or SEO hacker.

Hence, the current system of users essentially renting domain names annually, often at great cost ($30+ for fashionable ccTLDs .io & .ai) doesn’t make sense, except for the countries who extract rent from their TLDs, especially if they make nice DomainH.ac/ks like Ascension Island’s there. Wouldn’t it be neat if brands didn’t have to register across TLDs. And users just typed in a single word, without needing to remember the TLD too. It might decrease our Google-reliance!

Anyway, Namebase.io came up with an ingenious idea: have websites live AT TLDs themselves, which are lifetime-owned… i.e. NFTs! They are attempting to reclaim the rent from this $1bn industry. They’ve created a seemingly independent open-sourcey Handshake.org to run the blockchain, so perhaps at least some of that won’t just go into their pocket..

Yes there are promising centralised approaches which don’t require blockchain: eg .music. But it seems plausible a decentralised approach will just sweep away traditional-TLD DNS. Yes, it could be another project. But Namebase put on a good show: their brand alone is promising because it piggy backs on Coinbase’s.

So as a web designer, I thought: this is probably the least-bad NFT I’ve seen. I’ll give it a go.

Unfortunately to buy HNS without US gov registration you need BTC. Whilst I’m willing to let slide my low-energy Ethereum transactions, and plead ignorance on HNS’s credentials, I felt a moral imperative to mitigate the carbon emissions this middleman trade would entail.

Yes, carbon offsetting is not itself a climate emergency solution. But it is a good mitigation for necessary transactions like this.

However, it’s another transaction which requires research to mitigate risks & downsides.

I immediately disregarded blockchain-based solutions, such as the willfully hypocritical ‘ClimateCoin’.
An internet comparison recommended a seemingly Aveda-backed Nature.eco who had a single one-off project 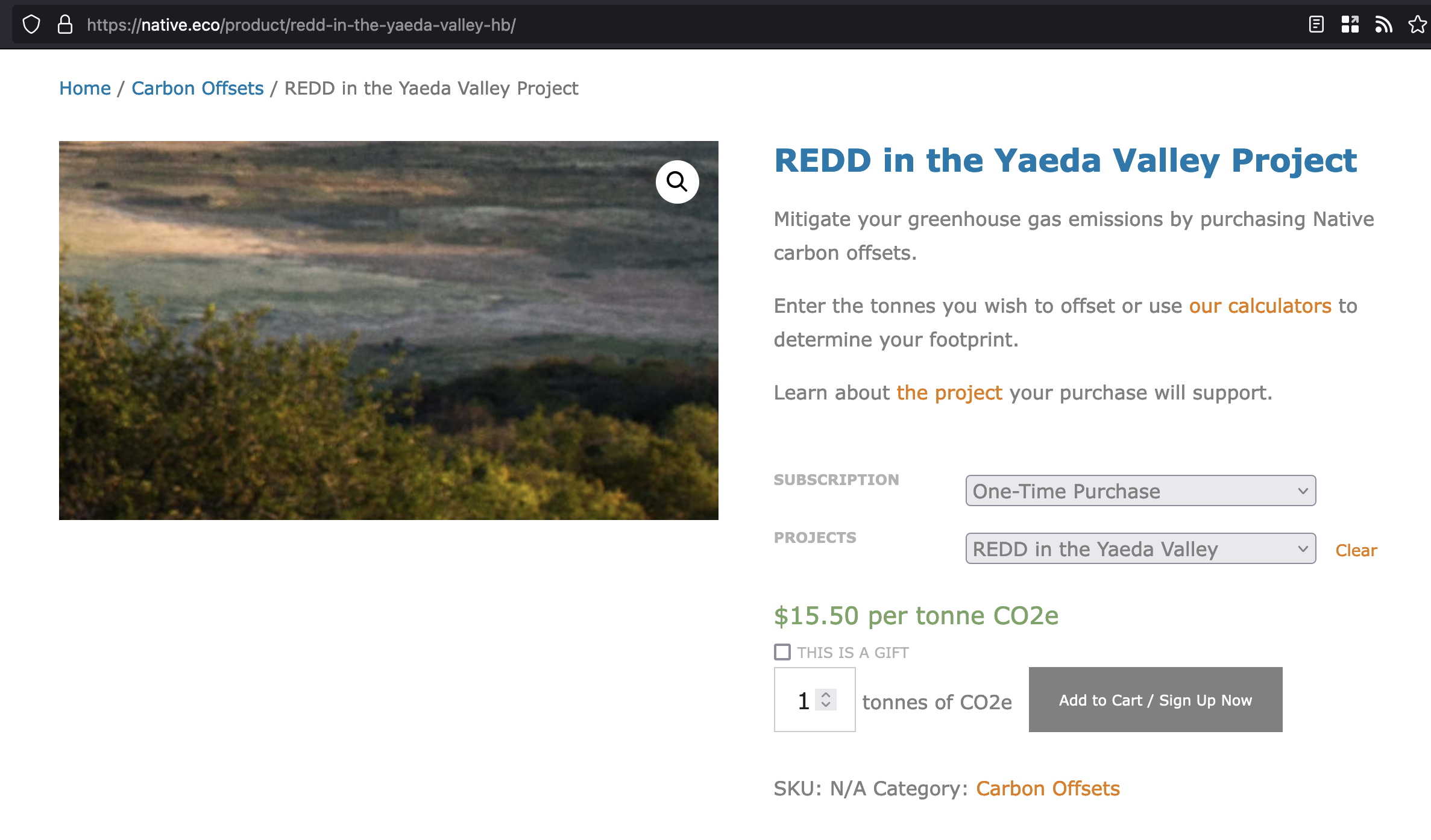 Yes it looks complacently virtue-signal-bait with its attempt to tie in a general post-colonial charity vibe. But hey, it’s something.

This is heinously hard, and I’m sure the bright minds of r/WallStreetBets could do well to put their minds to a simple carbon offset estimator, however inaccurate.

I quickly got estimates from two approaches which seemed to line up:

One is the average transaction estimate of ½ ton CO2:

This converts to needing ~10bucks of carbon offset: 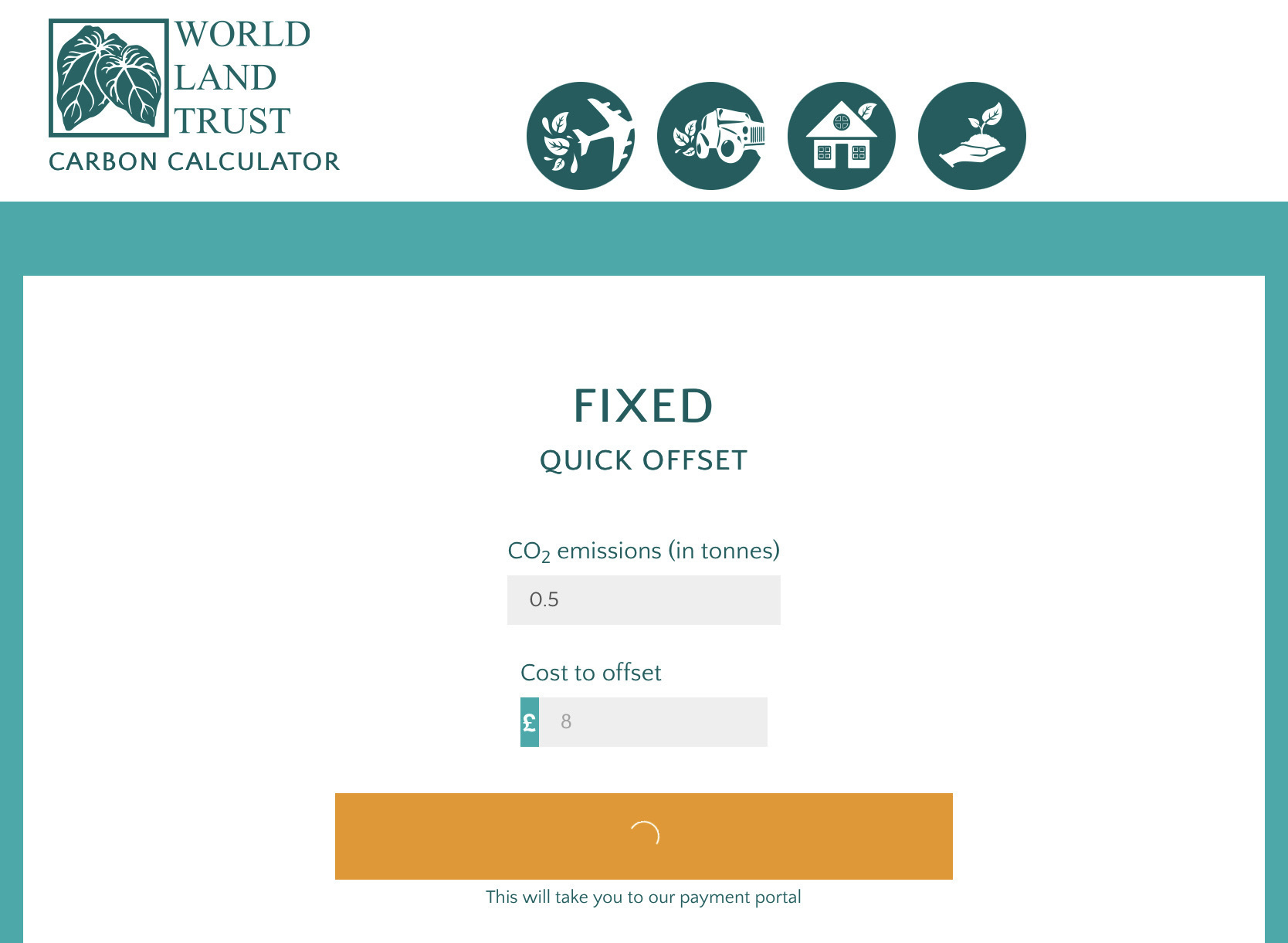 The second is to use a blockchain-approaches estimate:

Although I suspect this is probably closer for my small transaction, I couldn’t find any definitive evidence that the trading a smaller amount of BTC like I did actually reduces the transactions energy use, I went with the idea that my transaction was ‘average’ to hopefully also account for the ETH, HNS & NFT purchase, and went with a round tonne overall: 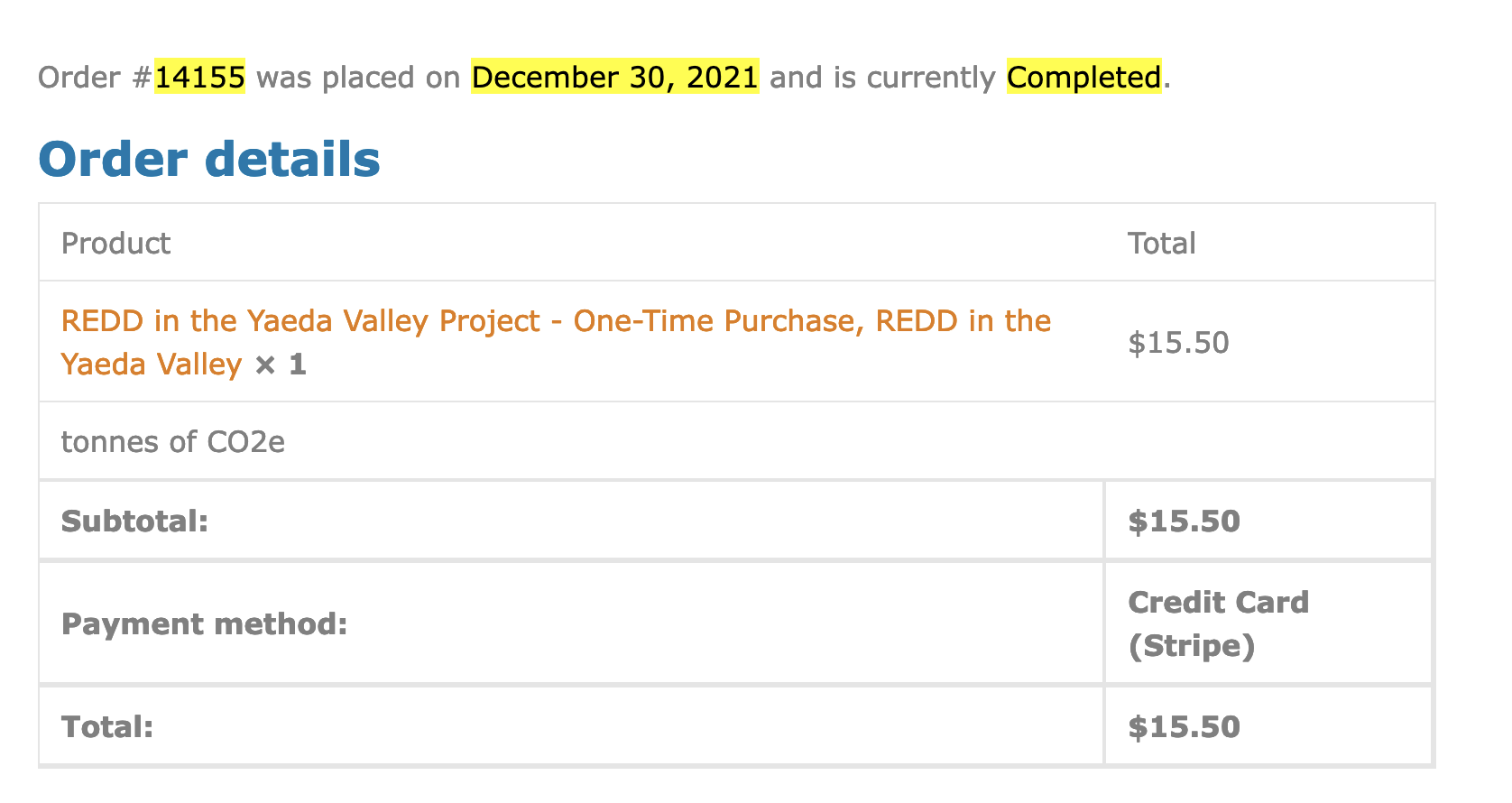 (If anyone can provide a more accurate overall estimate which is higher, I’ll gladly purchase the difference.)

I won all my auctions (auction details are public, I can post a how-to if anyone’s interested though). Yeah I didn’t get the one I want (my artist-name cerulean/ ) but I’m keeping 200 HNS in wallet in case the owner ever decides to offer on sale (pls!).

In future, I plan to explore cloning my GitHub Pages sites like w4.rner.me using this tutorial (and ). I need to check if there’s a duplicate content SEO danger with the hns.to in which case I’ll use this Template.

I will follow up with another post after FirstWeek about a bid offer I made, and any more info on HNS carbon footprint specifically, as I shared this article with Johnny Wu.

Don’t be like the complacent ‘snowflakes’ in my musical: justifying crypto speculation as a socially progressive move like “at jack”.

a) pick ones you’ll actually use within a month

b) don’t overdo it, especially on the energy-use

While carbon-offset can be a useful lever, the best approach is moderate your usage. With smartphones, I advocate a week off each month. Given the seemingly exorbitant energy-use of Bitcoin, I would look to make no more than a transaction per month (high-frequency crypto traders, I’m looking at you).

Don’t send humanity to the crypt, just because your friend told you about the latest tulip called ‘crypto’.

Wanna donate to support an indie blogger taking the time out from being an artist to write about money without receiving any?

Or if you insist on BTC: wallet deposit code: 1PnXY4DKh83o4G8vNSopcSCQrgf9rWDhYL

I guess you might aswell make it at least 10 bucks worth to justify it, cos you will carbon-offset, right?