A few weeks ago, I wrote about how the Facebook data breach, which was probably the single largest leak of identity-linked UK phone numbers ever, at 11m.

I mentioned this included some family members.

The exact same family members have reported receiving SMS scam messages like those picture below.

These ‘FluBot’ messages are primarily aimed at downloading an app onto Android phones.

It’s unprecedented widespread nature has been heavily media-covered, including i, Express & BBC1’s The One Show. Also DHL themselves and NCSC have written about it.

But not a single one has sought to ascertain a cause.

I propose here that this the FluBot scam is targeting numbers is the Facebook data breach.
I will believe this until I have evidence to the contrary (like texts to non-FB-breached numbers, or many texts before April 2021).

Meanwhile, check if your elderly relatives were caught in the FB breach (instructions in my original post), and if so send them my infographic on how to best to deal with the incoming spam texts: 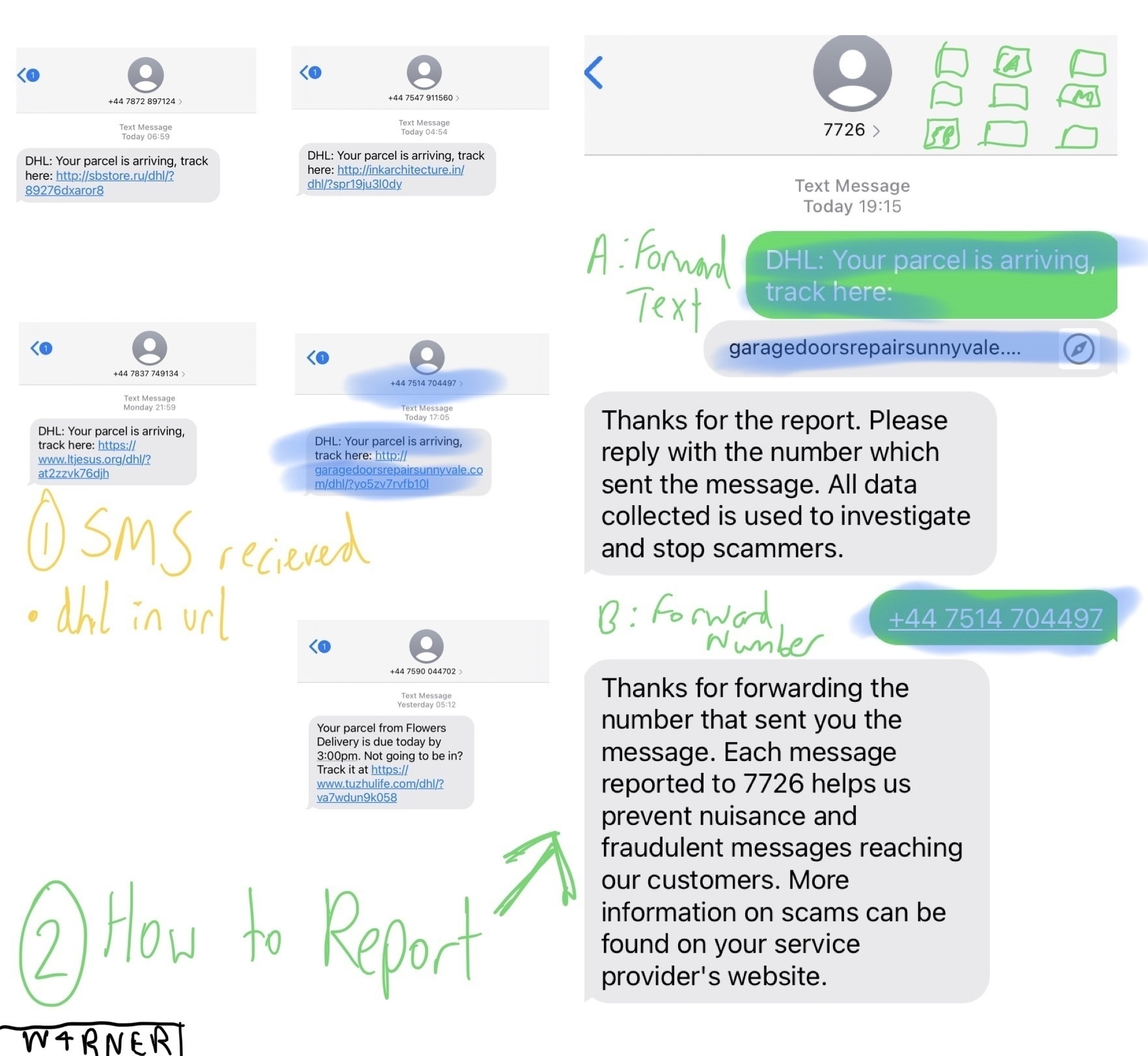