After spending lockdown glued to this year’s competition, my brother Ben & I have just stuck our hat in the ring for a 2021 BGT audition under the name “Beastly Boys”. I’ve taken my CompSci Master’s and create a model to predict it.. it’s very complex and is driven by Big Data lol jk it’s an average of 5 factors, and I pull the star ratings out my arse (except magic where I defer to my “Magic Contributor”, Alessandro Rubini- a brilliant performer I was lucky enough to be a goofy Magicians Assistant to at a Chicago improv comedy house). I’ll be updating this live on Saturday: 1). At 8pm I’ll make sure I have all 5 public voted acts, in case any unexpected put throughs (I’m looking at you Bhim Naroula). So far I’ve just made sure to include the bookies top 10: 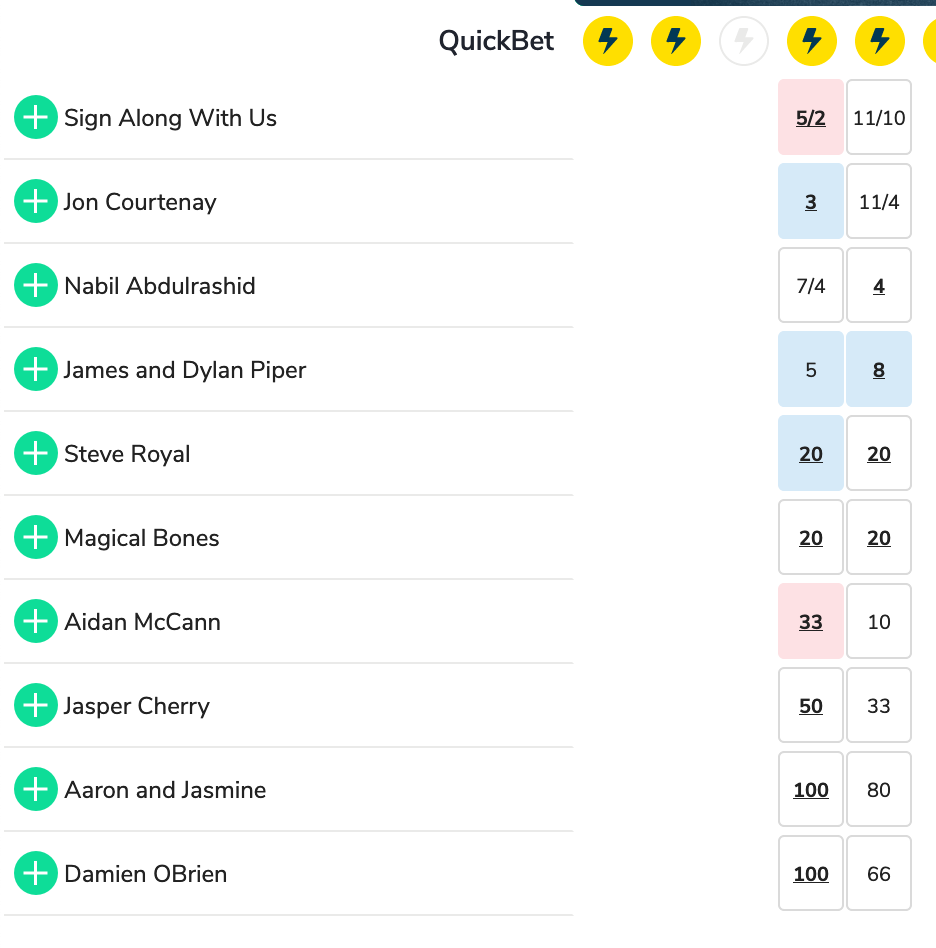 And just in case people think we’re being unnecessarily glib and inhumane by giving them arbitrary stars.. they went on BGT. And we hope to next year. And to show our commitment to the dehumanising talent show process, we’ve even rated ourselves to see how we might fare!

1). Magical Bones My concern with Mr. Bones is whether he peaked too early in the semis. Be aware our final night rating is relative to their baseline talent in their field. It’s well-documented that finishing well is key in BGT. I suspect we’ll give him a 2 which will bring him back to where the bookies think. Magic Contributor, Alessandro Rubini agrees, though he thinks Aidan McCann is the other magician who has a shot at victory if the public vote gets him to the final. Would be crazy if the winner wasn’t in the studio though!

2). Sign Along With Us On the other hand if the public carry them through (which I suspect they will), they should be favorites to have a relatively strong show, especially if they can get more in the studio, to justify their place as the bookies new darling, since Beth Porch just dropped off their radar (what happened there?! She was odds on favorite until the semis. I’ll post again about how the bookies may have got it so wrong.)

Think you can improve on the model? I’ve allowed folks to copy or sync (to update with our updated data) the AirTable!

Edit (10pm vote closed): Ben & I have rated our final acts. We felt Nabil & Jon raised their game the most. However, my model only gave final night 2/7 weight (it probably should have been more), and doesn’t bias later acts like them, especially Jon, so they failed to join Sign Along & Magical Bones who held their 4* ratings as our top 2, though to break the tie our official prediction is the one of them we felt turned up stronger on the night… Which means Beastly Boys 2020 BGT Final Prediction: Sign Along With Us